Home » News » Coming soon: “The Secret Life of Paris in the 1930s: Vintage Photographs by Brassaï”

Coming soon: “The Secret Life of Paris in the 1930s: Vintage Photographs by Brassaï” 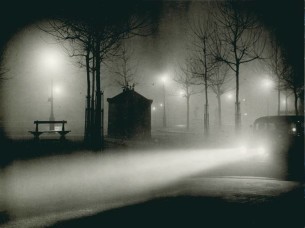 The Secret Paris of the 1930s: Vintage Photographs by BrassaÏ

Building upon a tradition of exhibiting photography by significant artists such as Ansel Adams, Edward Weston, Berenice Abbott, Mathew Brady, Man Ray, A. Aubrey Bodine, and Danny Lyon, the Washington County Museum of Fine Arts is pleased to feature The Secret Paris of the 1930s: Vintage Photographs by Brassaï. Museum Director Sarah Hall says, “This exhibition of vintage prints by Brassaï not only brings to Hagerstown a glimpse of Paris, but reminds us of the rich world that unfolds after dark–characters and activities that many of us might avoid or be oblivious to—Brassaï captures this world and compels us to pay attention.”

This fascinating exhibition presents famed Hungarian-French photographer Brassaï’s (1899–1984) evocative, iconic photographs of night-time Paris during the 1930s and 40s. As with painting and sculpture, ambitious young photographers from around the world flocked to Paris, where they formed a fertile artistic milieu. The City of Lights provided a remarkable setting for artists to explore their creative expression through the medium of photography, and Brassaï took a particular interest in capturing Paris’ atmospheric cityscape. His photographs, featuring a host of colorful characters from the streets, dancehalls, bars, and theaters of after-hours Paris are in many ways the pictures of Paris we hold in our collective memories. Brassaï’s vision of Paris defined a city both glamorous and gritty, at once sensual, romantic, and edgy. His work engages with a diverse range of themes, including avant-garde visual and performing arts, social class relations, gender, and sexuality.

After attending art school in Berlin, Brassaï moved to Paris in 1924, where he worked for much of his career. Born Gyula Halász, he adopted the name Brassaï from his birthplace, Brasso, a Romanian town (formerly Hungarian) in Transylvania. A sculptor and painter by training, he learned the technical aspects of photography from fellow Hungarian artist, André Kertész

(1894–1985), but the two artists’ subject matter could not have been more different. In contrast to Kertész’s cool compositions and meticulous still lifes, Brassaï focused on Paris’s nocturnal life and racy bohemian culture, aspects of society which he explored in depth. Sometimes alone, at other times accompanied by friends such as writers Henry Miller (1891–1980) or Jacques Prévert (1900–1977), Brassaï sought out aspects of Parisian nightlife that others neither experienced nor depicted. Brassaï evocatively described his fascination with French counterculture:

Drawn by the beauty of evil, the magic of the lower depths, having taken pictures for my ‘voyage to the end of night’ from the outside, I wanted to know what went on inside, behind the walls, behind the façades, in the wings: bars, dives, night clubs, one-night hotels, bordellos, opium dens. I was eager to penetrate this other world, this fringe world, the secret, sinister world of mobsters, outcasts, toughs, pimps, whores, addicts, and [sexual] inverts.

Alongside his artistic practice, Brassaï earned a living taking commercial photographs and writing for magazines such as Harper’s Bazaar, Minotaure, Verve, Coronet, and Picture Post.

Forty-one photographs take you on an atmospheric visit to Paris in the 1930s—into hotels, bars, theaters, and artist studios. Brassaï’s famous ability to capture the night is shown off in street scenes featuring the gangsters, prostitutes, wanderers, and cesspool workers who were part of the city’s life after dark.

Also included are five “Transmutation” photographs made with the cliché-verre technique, a hybrid form of photography and etching in which Brassaï scratched imagery onto an existing photographic glass-plate negative before printing it. This experimental technique was developed in collaboration with Brassaï’s close friend, Spanish artist Pablo Picasso (1881–1973).

Organized by art2art Circulating Exhibitions. This exhibition is generously supported by gifts from Mr. Howard S. Kaylor, The Waltersdorf Family Donor Advised Fund at the CFWC, and Mr. Louis Kawaja.

All works are from the collection of Michael Mattis and Judith Hochberg.

A variety of engaging complementary on-line programs are scheduled to enhance enjoyment of the exhibition,. Check wcmfa.org, or the Museum’s social media pages for more details on registration and access.

ABOUT THE WASHINGTON COUNTY MUSEUM OF FINE ARTS

Located In beautiful City Park, Hagerstown, Maryland, the Washington County Museum of Fine Arts was founded in 1931, the legacy of Hagerstown native Anna Brugh Singer and her husband, Pittsburgh-born artist William Henry Singer, Jr. Featuring a collection of more than 6,000 objects, the Museum has important holdings of American painting, Old Masters, decorative arts, and sculpture. The Museum schedules an ambitious program of exhibitions, lectures, concerts, tours, and talks featuring national and international artists, as well as a yearly showcase of the art of students in Washington County Public Schools.  Its free youth art education programs have served four generations of local families.

The Washington County Museum of Fine Arts has been FREE to the public since 1931.