Howard S. Kaylor was recognized Wednesday, June 22, by the Washington County Museum of Fine Arts as Trustee Emeritus. A special reception, attended by family and friends, was held following the museum’s board of directors meeting.

Dr. George Manger, Board of Trustees president-elect, presented Mr. Kaylor with a plaque from the Washington County Board of Commissioners recognizing Mr. Kaylor’s many contributions to the community. Mr. Kaylor also received a special memory book made by museum staff with photographs and notes of appreciation from museum staff and trustees.

Mr. Kaylor earned an undergraduate business degree from Washington and Lee University with plans to become a lawyer. Instead, he returned to Hagerstown where he had a successful 55-year career as a stockbroker that allowed him along with his late wife, Anne G. Kaylor, the opportunity to start a charitable foundation.

Mr. Kaylor has been a longtime supporter of the Washington County Museum of Fine Arts. Both the Lakeside Garden and the museum atrium bear the couple’s names. In addition, he served on museum committees such as the building, development, finance, and executive. He served as a Board of Trustee officer for many years.

The impact of his philanthropy can be seen throughout the county. He was a founding member of the Maryland Symphony Orchestra and a member of the Hagerstown Exchange Club for more than half a century. Over the years, he also made contributions to the Boys and Girls Club of Washington County, helped in the expansion of Hagerstown Community College’s Kepler Theater, and supported the Community Free Clinic of Washington County. Kaylor also was named The Herald-Mail’s Person of the Year for 2011.

For photos from the evening, see our Facebook page. 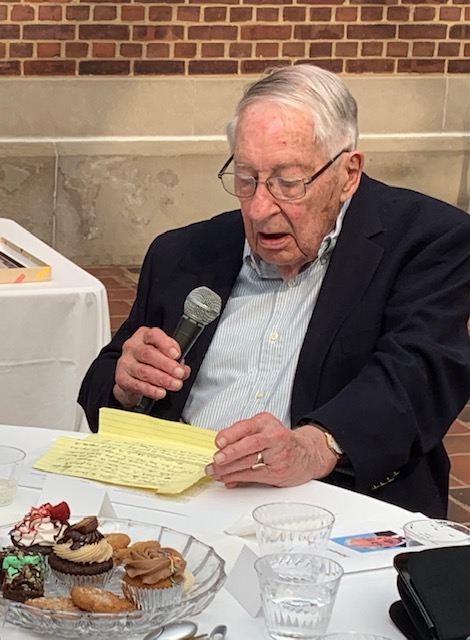