As August begins and with summer well underway,we hope that you enjoy this painting in our collection. 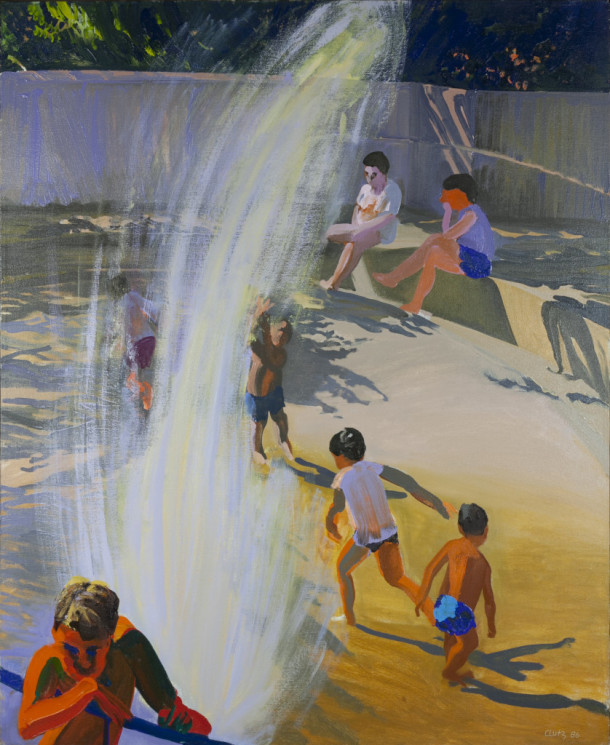 In August Spray II, painter William Clutz captured the essence of a mid-summer day by focusing on the effects of light and shadow. By contrasting the whites and grays of the fountain’s water with the yellows of the sunlight (illuminating the figures and reflecting off the pavement), Clutz established a sense of warmth, joy, and refreshment as the children play and relax. Notably, the artist dispersed varied shadows throughout the scene, particularly those of the trees in the middle ground and along the wall in the background. While his early work was influenced more by non-representational Abstract Expressionism, he later transitioned to figurative abstraction (his trademark style), grounded in his study of works by Georges Seurat, Paul Cézanne, and Henri Matisse. A resident of New York, Clutz was inspired by the energetic, fast-paced life and activities of New York’s streets and often represented cars zooming down them and passers-by flanked by skyscrapers. In addition, he focused on portraying youth at leisure in the city’s parks.

Clutz was born in Gettysburg, Pennsylvania, and grew up in Mercersburg. A good friend of the Washington County Museum of Fine Arts, he attended Mercersburg Academy and began his artistic career at the museum’s art school in the late 1940s. At WCMFA, Clutz studied with Thomas Danaher, a WPA artist who received art instruction at the Cooper Union and the Art Students’ League in New York with Hans Hoffman and Thomas Hart Benton (see his portrait of the young Clutz below). Clutz entered the annual Cumberland Valley Artists Exhibitions at the museum and won the Best in Show prize in 1952, 1953, and 1957. After he graduated from the University of Iowa and studied at the Art Students’ League, Clutz received numerous solo and group exhibitions throughout the United States and Europe. August Spray II was included in the exhibition William Clutz: Crossings, held in 2016 at both the museum and the Schmucker Gallery, Gettysburg College. The WCMFA is one of the main repositories of Clutz’s work and the artist generously donated many of his paintings and drawings to the collection from 1983‒2016.

This WeekendArt is sponsored by Mr. Howard S. Kaylor 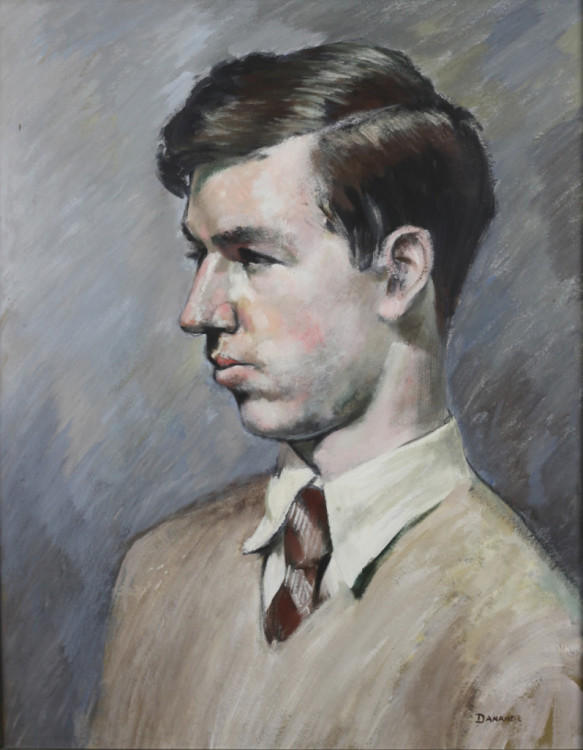